Nutrition for the High Performance Life

Turmeric is an Indian spice commonly found in curry dishes and is also the component of mustard that gives it its bright yellow and impossible to remove stain producing power. Turmeric has been highly touted for its health benefits including reducing tumor size, providing possible neuroprotective effects against Parkinson’s Disease and Alzheimer’s, and improving health outcomes in those with non-alcoholic fatty liver disease. A comprehensive review of all the effects of turmeric is much to large for one post, so instead we will focus on benefits of Turmeric supplementation, or rather its constituent Curcumin, on aspects of performance and what to look for in a quality turmeric supplement.

In a few studies, curcumin has exhibited a significant anti-catabolic effect in clinical subjects [1-3]. The curcumin in turmeric was found to inhibit a pro-inflammatory cytokine known as nuclear factor- kB (or NF-kB for short), a protein that has been found to have a proteolytic, or protein breakdown, effect on skeletal muscle through a subunit called p38[1].Through the inhibition of NF-kB activation and p38, curcumin has been shown to prevent catabolism in subjects with muscle wasting. While these results don’t always translate to healthy individuals, the mechanism proposed in clinical populations could still prove beneficial to healthy individuals as these cytokines are also generated in response to exercise related stress.

Turmeric has also been shown to reduce muscle loss associated with ageing possibly due to its benefits as an antioxidant and its muscle regenerative properties [4]. Likely due to the inhibition of NF-kB, turmeric has been shown to speed the recovery of muscle tissue and enhance their regenerative properties by promoting the proliferation and differentiation of myoblasts into muscle tissue [5]. While turmeric won’t develop muscle tissue on its own, it may be a useful tool in the preservation of lean tissue, specifically during times of caloric restriction.

Curcumin is also a powerful antioxidant and anti-inflammatory agent. Training increases inflammation due to exercise induced muscle damage. This chronic inflammation can cause pain and muscle weakness and can even suppress the immune system leaving athletes more susceptible to infection and therefore reducing the ability of an athlete to train at a high level.

Curcumin supplementation has been proven to decrease inflammation through reduction in proinflammatory mediators such as COX-2 which has been shown to increase production of prostaglandins which lead to increased inflammation, swelling and pain [6]. Furthermore, in a double-blind, randomized controlled study, researchers found that twice daily supplementation of 2.5g of a turmeric supplement decreased the pain and swelling associated with delayed on-set muscle soreness and improved recovery of muscular performance following unaccustomed heavy, eccentric overloaded training which induced high levels of muscular damage [7]. Other studies have found similar reductions in soreness and improvements in recovery time following exercise and attributed these outcomes to reduced oxidative stress from turmeric’s antioxidant capacity [8-12].

Turmeric supplementation has also been show to reduce joint pain in those with arthritis through its anti-inflammatory effects[13, 14]. By decreasing delayed onset muscle soreness and joint pain and improving recovery, turmeric may allow for a long-term increase of performance.

Effects of Curcumin Supplementation on Metabolism and Body Composition

Curcumin has also been studied in depth for its effects on human metabolism. In a study conducted by Jang et al., they found that curcumin increased β-oxidation in the liver by up to 116% and decreased the fatty acid synthase activity providing greater reduction in fatty acid stores while also decreasing plasma lipid levels and the storage of fatty acids in the body [15]. Other studies have followed up and found similar results attributing curcumin’s beneficial effects to its ability to stimulate AMPK activity which is a enzyme also activated by exercise [16, 17]. When activated, AMPK decreases fat synthesis while also increasing the oxidation, or burning, of stored fat for fuel[18].

Studies have also found a significant decrease in visceral fat with turmeric supplementation [19]. Visceral fat is the kind of fat that sits upon your organs and is very detrimental to your health. While many of these studies were done on rodent models, which has its limitations, the insights from these studies suggest promising benefits to those who are looking to decrease body fat levels or improve endurance performance through greater utilization of fat for fuel.

Finally, the activation of the AMPK pathway also assists with the uptake up glucose into the cell. By increasing glucose uptake while also improving the use of fat for fuel during low intensities, athletes may be better capable to sustain bouts of explosive power for a longer duration which is critical for intermediate sport athletes. While these implications are promising, this supplement won’t magically make all your fat disappear or make you a great athlete. That being said, it could be a useful addition to a solid exercise and nutrition program in the quest to meet these goals.

The benefits of curcumin supplementation are significant and plentiful, however, there are important considerations when supplementing with curcumin. Primarily, curcumin has a very low bioavailability. When taken as just supplemental turmeric on its own, only very trace levels of curcumin are found in the blood. In order, for curcumin to be better absorbed there are several steps that should be considered:

Curcumin has a great many benefits for those with athletic endeavors, but it is not a magic pill. It can be a great addition to a healthy diet and training program to improve health and performance. If considering taking a curcumin supplement, be sure to take with piperine or a fat to help improve its bioavailability and get the most out of it. And for those nasty yellow stains, I have yet to figure that one out. Please leave a comment below if you have know something I don’t. It would save this man his favorite white shirt. If you are interested in learning about another topic, please feel free to let me know in the comments. Have a happy and healthy day! Also, enjoy this meme… 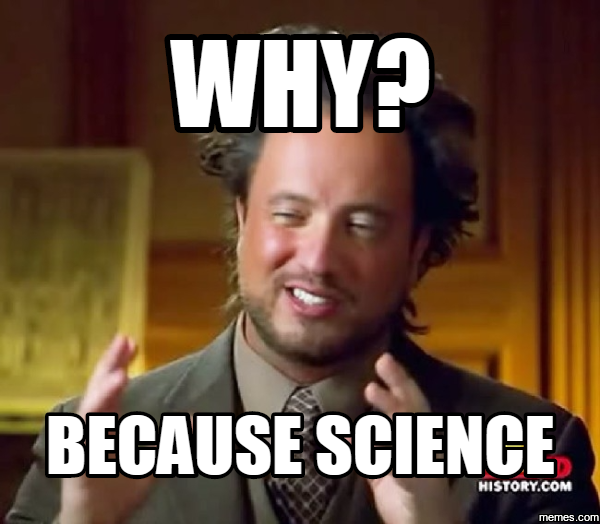 2 thoughts on “Performance and Health Benefits of Turmeric Supplementation”